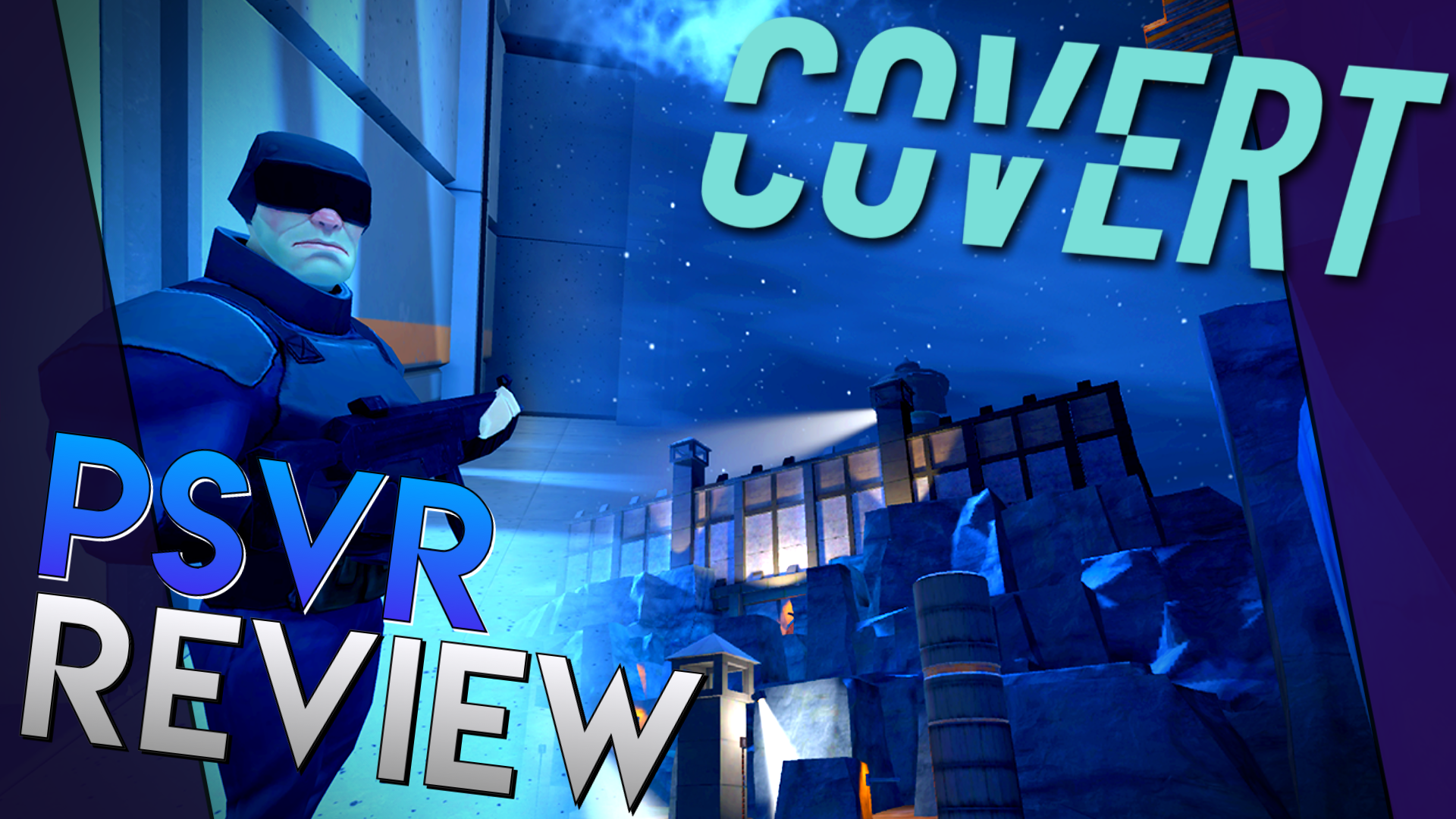 A game I reviewed recently was Eclipse: Edge Of Light made by White Elk Studios. It was a game that I enjoyed, so when I heard they were putting out another game called Covert for the PSVR, I was excited to check it out. Covert is a game I’ve had my eye on for a while and almost purchased on the Oculus Go. But now that it’s out for the PSVR, is Covert any good?

Covert is a local multiplayer PSVR game that has you and a non-vr player working together to pull off heists. The VR player is a thief, and the non-VR player is the hacker. The thief will have to sneak past enemies, unlock devices, use badges, and avoid various obstacles. While the non-vr player will be interacting with electronics, examining the map, distracting and disabling enemies, and more.

There is a story in Covert, but it’s pretty simple and doesn’t do anything new.

The non-VR player uses a mobile device and the Covert Companion app to connect to the VR player’s game, this can be done anywhere, the non-VR player doesn’t have to be close-by to play. The mobile app was actually pretty fun to play, and gives you enough to do to keep you entertained.

Both players will need to work together to solve puzzles and sneak past enemies to finish each mission. No player can finish the entire level by themselves, each player has a unique lens that can help the other player, and this made for a really fun cooperative experience.

The VR version of the game is pretty simple, and you can tell it was once a mobile game. If this was a single player game I wouldn’t have enjoyed it as much, the co-op really enhances this experience and makes for several exciting moments.

The only glitches I ran into involved some animations not triggering, such as when I opened a safe and my hand was stuck on the door. And I ended up having to restart the game to fix this issue. Luckily there is a checkpoint system, so I didn’t have to restart the entire mission.

So overall, Covert is a really fun co-op game! While it can feel simple at times, this game is packed with several unique environments, puzzles, and missions to complete. It does a great job with keeping both players engaged by introducing new mechanics, gadgets, and places to visit. And I had a great time playing it with my hacker friend. If you enjoy PSVR co-op games, this is one of the best ones on the market currently.