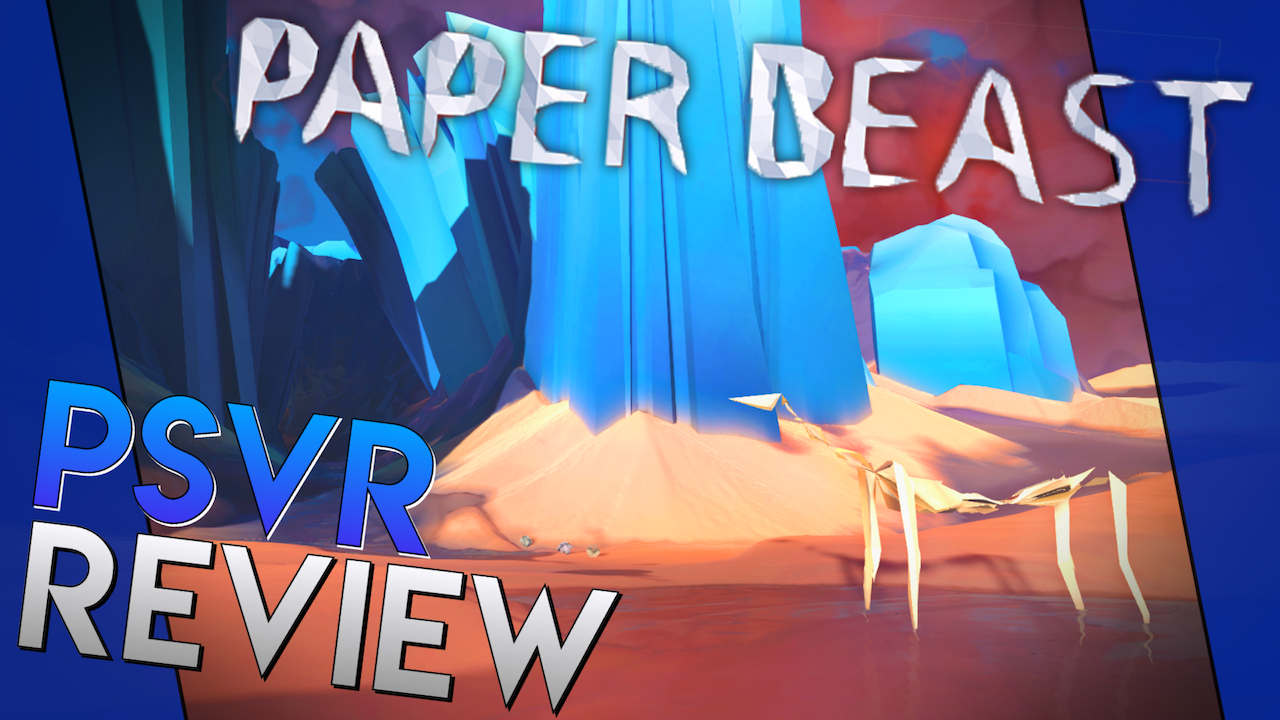 It’s always interesting to see a developers first game, especially when it’s in Virtual Reality. Which is the case for a company that recently surfaced known as Pixel Reef, founded by Eric Chahi, who is known for creating the games Out Of This World, Heart Of Darkness, and From Dust. Pixel Reef announced their first title Paper Beast last year, and since it’s initial announcement I’ve been looking forward to it. So now that Paper Beast is out, is it any good?

Paper Beast is a puzzle adventure game that has you exploring a world filled with creatures made of paper. There is a story to the game, that’s pretty mysterious and interesting, but I won’t say anything about it to keep this review spoiler free. I’ll just say it’s the kind of story that you have to think about to understand, it never directly tells you anything.

The gameplay of Paper Beast consists of helping the paper creatures and progressing in the world. The puzzles involve messing with physics, creatures, and the environment. Most puzzles involve using the creatures abilities to get results. Like using a creature to create sand, or using one to destroy terrain. The puzzles in this game were fun to solve, and they had a good balance in difficulty. The physics are also really impressive, and also added to the enjoyment I had in this game.

There is also a sandbox mode where you can mess around with any creature, object, tool, or setting you want. And because the physics are so good, it’s pretty fun to mess around in this mode. Just don’t expect to get hours of entertainment out of it.

One thing to keep in mind is that Paper Beast only has teleportation, there are no other locomotion options in the game. There are also no options for turning, there is only click turning in Paper Beast. I didn’t mind it too much in this game, because parts of the game would be a lot slower with full locomotion, but it would still be nice to have some options.

The art style and graphics in Paper Beast are great, there is little blur, and all of the textures look great. I’d also like to point out the animation, because each of the animals have complex animations, that show their expressions and feelings just through body language. It’s impressive how they turned little pieces of paper into living creatures.

Paper Beast is a very polished game as well, I didn’t run into any technical errors during my play through of the game. A problem I do have involves the price, rather than the game itself. I think it’s just a little bit too high considering that the game only took me around 3 hours to finish.

So overall Paper Beast is a really good game. It’s puzzles are unique, creative, and fun to solve. The art style and story are like nothing I’ve seen on PSVR. And the entire game is just so creative and really well made. I didn’t expect this from the trailers, but this game had some of the craziest and most epic VR moments I’ve experienced. I just hope the developers can add in more locomotion settings, and maybe lower the price just a bit. If you’re looking for a great single player VR game, this is a great choice.