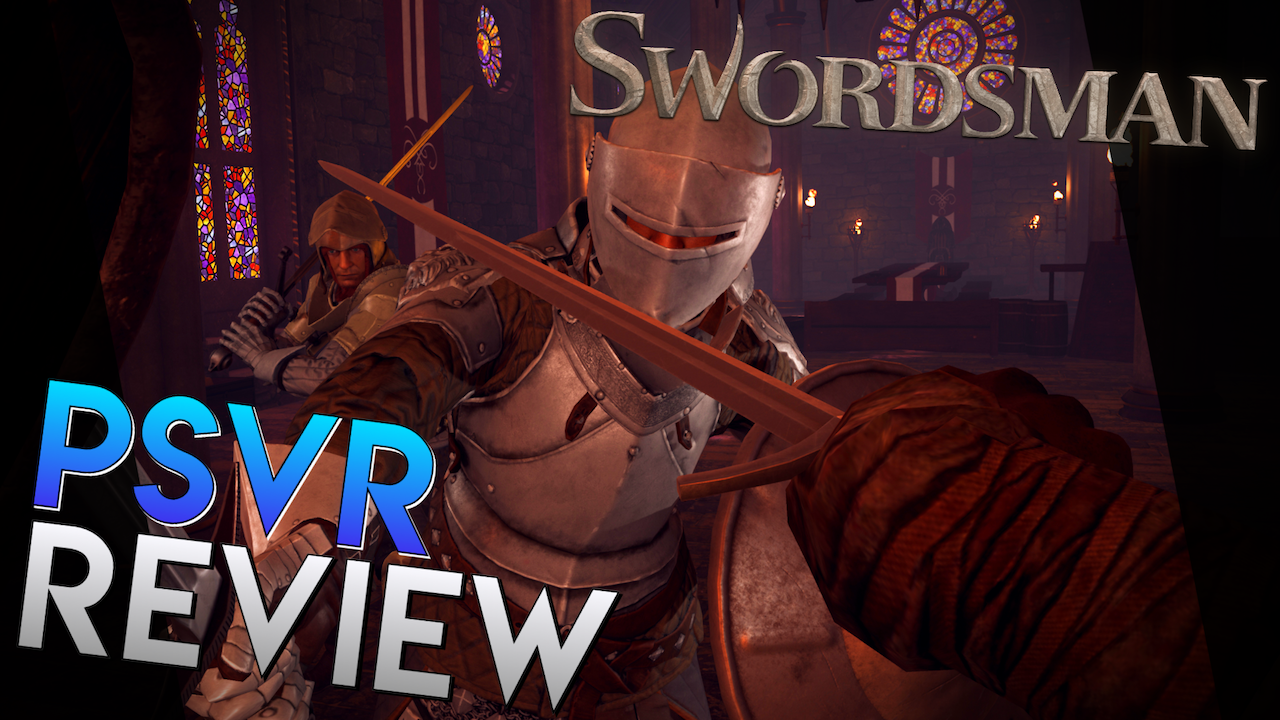 We’ve received several PSVR games over the past few years from a company known as Sinn Studio, with very mixed to low reception. But a game that’s interested PSVR players for many months now is their new game Swordsman VR, which promised exciting sword combat brought into Virtual Reality. So now that it’s out, is Swordsman VR any good?

Swordsman VR is a game that has you going through a series of areas fighting waves upon waves of enemies. There is a small story setup at the beginning of the game, but it doesn’t go much further than that.

At the start of the game you’ll be dropped into a hub area where you can select any of the game modes, change settings, add game modifiers, buy new weapons and armor, and upgrade skills. The game modes include a campaign and arena mode. The campaign mode includes 5 worlds, each having 9 levels and a boss battle. Each of the levels have you fighting multiple waves of enemies with varying weapons and armor. As for the arena game mode, you can choose the difficulty of the enemies, amount of waves, and arena you fight in, then if you survive all waves you’ll get rewarded with gold and skill points. With these gold and skill points, that can be unlocked in both game modes, you can go and purchase new weapons, shields, armor, and upgrade skills. Each of the items you purchase effect stats like the weight, critical hit chance, defense, and other factors. As for the skill points you can put those towards a wide variety of different skills like speed, health, and strength. All of these features and items make the game more interesting and give a sense of progression as you keep playing. Though I will say it seemed to me that you could get the most powerful items in the game way too early on, making a bunch of levels in the campaign a breeze to play through.

Now as for the gameplay itself, the core mechanics work pretty well. Each sword has weight to it, and they don’t just fly through enemies like it’s nothing, they feel like they have an impact to the enemy or whatever it collides with. You can stab through limbs, instantly kill enemies with a poke through the head, block attacks, and quickly slash the enemy. There are the occasional issues with the physics where enemies will move in unnatural ways, swords will go flying, or collision will mess up, but more often than not it works great. Though one issue I have with the combat is that I found it way too easy to instantly kill enemies with a headshot, whether they had a shield, helmet, or nothing. I think it would’ve been better if there were some helmets you couldn’t stab through, or maybe some ranged enemies to force you to play differently.

One thing I would like to mention is that the developers have added a wide variety of settings to the game. There’s every VR setting you could ask for and even more. You can change the turning type and speed, add health bars, change motion settings, controls, and much more.

Speaking of controls, they allow you to move forward and strafe in any direction you need to. It takes a few minutes to get used to, but once you do it works really well!

The final aspect of the game I would like to mention are the visuals. The textures and environments are detailed, but extremely blurry. Obviously it’s not that big of a deal since you’ll be focused on what’s directly in front of you most of the time, but it would have been nice if things just looked more clear.

So overall Swordsman VR is a fun game! It’s by far Sinn Studio’s best game, and it has some of the better sword mechanics I’ve played with in VR. It does have a few issues with physics, graphics, and difficulty, but besides that it’s a fun time and is packed with a solid amount of content. If you’re a fan of sword combat games and are looking for something new to play, definitely consider checking out Swordsman VR!