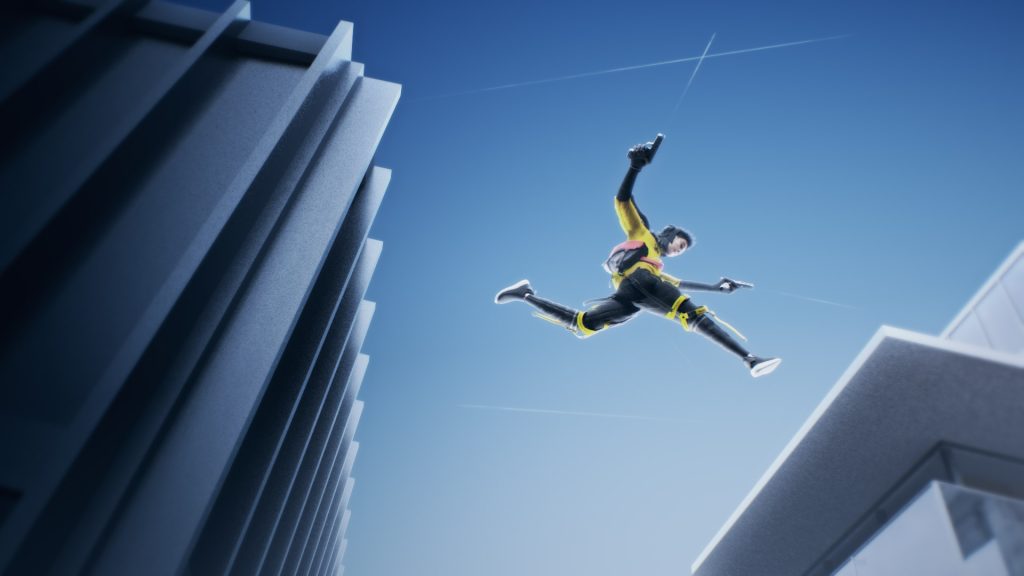 I’ve always been a huge fan of movement-focused games, whether that be Mirror’s Edge or Titanfall 2, they have my interest. And it’s only obvious that this trend would make its way to virtual reality, through games like Sprint Vector and To The Top. This is why one of my most anticipated PSVR games was Stride, a game that seemed to be focused on fast-paced movement. I’ve been keeping my eye on this game for quite a while, but now that it’s made its way over to PSVR, is Stride any good?

Stride is a VR parkour game that offers three different modes to enjoy, including endless, arena, and time trials. There isn’t a story to the game, it’s more of an arcade-like game where the focus is on surviving the longest or getting the most points. The first mode is the endless mode, in which you infinitely run forward in a randomly generated world that consists of blocks, enemies, and corruption following closely behind to keep you moving forward. As you play endless mode you’ll come across different sections that progressively give an increase in difficulty, which gives a good sense of accomplishment and motivation to keep retrying. I really enjoyed this mode as while it’s mostly following a straight path, there are multiple ways to approach each section, with different shortcuts and routes to follow. You can fail endless mode by either dying a couple of times or if the corruption reaches you.

As for the arena mode, it’s all about completing as many quests as possible before dying, these include collecting bags, reaching checkpoints, and defeating enemies. What makes this mode unique is that rather than the blocky environments from the other modes, this mode has you running around rooftops, which makes for a nice contrast.

And finally is the timerun mode, which is just as it sounds. You’re able to do time trials spanning across 12 different maps, each increasing in difficulty. I had a lot of fun trying to improve my times, while also competing with friends and the world. I’d love to see some more time trials beyond the 12 currently available, even making some time trials out of the rooftop map that’s already in the game would be a fantastic addition.

Now let’s discuss the most important part of the game, the movement system. As a player, you can walk forward by pressing triangle and start running by swaying your arms in a running motion. This might sound strange at first, but in-game it works perfectly for heightening the sense of motion, rather than just holding a button to run forward. As for jumping, you can do a jump motion by moving both of your hands back then forward, while also pressing the X button. You can also perform a slide by crouching in real life. There are a few other actions as well, such as wall-running, climbing, and punching enemies when up close.  In addition, you can also pull out a pistol at any time to shoot enemies or traps from a distance. The movement system is extremely easy to learn and flows greatly while playing, it’s honestly about the best you could get this system to work on the move controllers.

I only had one issue with Stride, which is sometimes a grab would act weird, either by keeping you in place, or not letting you vault over. But that was a very rare occurrence for me, and it’s more of a nitpick than anything. The only additions I would like to see besides adding more time trials is either adding a short campaign mode, or a free roam mode where you can mess around without having to worry about objectives. But what’s already in the game is fantastic.

Overall, I had a great time with Stride, it gave me exactly what I wanted to see in VR: an intense and fun parkour game. The three different modes add a great variety to the game, with each of them having an online leaderboard, adding some nice replay-ability for high score chasers. Stride also offers a pretty good exercise with how much you’re having to move, it’s intense from start to finish, and is something truly unique on PSVR! 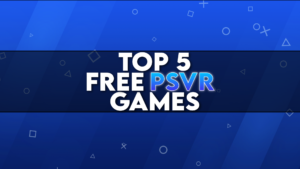