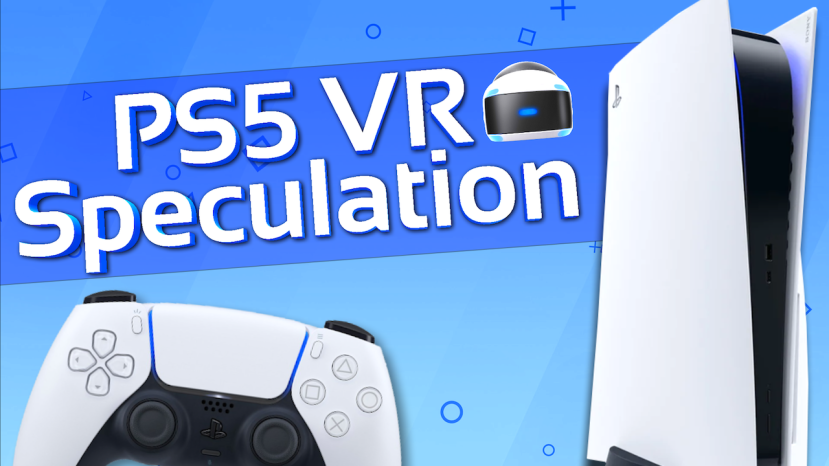 On June 11th Playstation premiered it’s grand PS5 reveal event, where they showed off 27 unique games, and the design for the next generation playstation hardware. And while they never specifically mentioned PSVR, there are still plenty of things from the event hinting at it, and some possible games for the headset. So let’s do some speculation on the future of PSVR.

To start things off, let’s talk about the games. Out of the 27 games that were shown off, there seems to be 3 that stand out as the most possible to become PSVR titles. The first game is Gran Turismo 7, Playstation’s very popular sim racing series is getting a brand new installment for the Playstation 5, and with that many fans are expecting a VR mode to go along with it. This is mainly due to the PSVR modes in the previous installment of the series, Gran Turismo Sport. Gran Turismo Sport’s VR mode was very impressive, but did have some limitations, like only being able to race one opponent on each track. So hopefully with the power of the PS5 we’ll be able to experience the next Gran Turismo fully in VR, or at least at a greater degree compared to the previous VR mode.

The next game is Astro’s Playroom. Which seems to be combining Sony’s Japan Studio’s previous games Playroom, Playroom VR, and Astro Bot for PSVR. And just a reminder, the PSVR was never mentioned in this presentation, so don’t take what I say as facts, this is just pure speculation. But with that being said, this one seems pretty likely that we’ll be receiving PSVR support. Japan Studio has been pushing VR for quite a while now, and this seems like it would work just as well in Virtual Reality, despite its new free camera. Astro’s Playroom is a seemingly shorter experience that will be pre-loaded onto every PS5 and ready for launch, and is made to demonstrate the power of the new dual sense controller. They’ve also seemed to have added a lot of new mechanics building off of Astro Bot, like the hanglider, umbrella, and ice skating. The game looks fantastic and nothing really seems like it would prevent a VR mode from happening, so I expect Astro’s Playroom to be VR supported at launch.

And the final game I would like to talk about is the most exciting of the three, Village, or also known as Resident Evil 8. Like the previous entree in the series, Resident Evil 7, the game has you playing as Ethan Winters in a first person perspective. The game takes place several years after RE7 and seems to be very similar in many ways to the fan favorite RE4, especially with it’s village setting. And of course with how similar the gameplay is to RE7, PSVR fans believe that this will also get PSVR support. Resident Evil 7 is one of the most played PSVR games, and is my personal favorite PSVR game, so to see RE8 without VR support would be devastating for a a lot of VR fans. The immersion just wouldn’t be nearly the same on a flat screen. Once again, there is no word about PSVR support, but we do have some hope. Twitter user AestheticGamer has been talking about RE8 for months now and has gotten several facts on point. And recently he’s said that he heard the game has PSVR support, so hopefully he’s streak of correct facts will continue with this.

So now that we’ve talked about the games, lets discuss some hardware and the PSVR itself. The first thing to mention for people that don’t know, is that the original PSVR will already work on the PS5, this was confirmed a few months back and was recently confirmed again in an interview after the reveal. So we can assume that the PSVR will have improvements in some ways when hooked up to the PS5. But what I’d really like to talk bout hardware wise is the HD camera that was shown off in the event. They haven’t revealed any details about this camera, but I’m assuming this is primarily for the PSVR, as they hardly used the PS4 camera for any non-VR games. I’m hoping this camera improves upon the previous one in many aspects. We can probably expect the camera to track controllers better, and possibly have a wider field of vision, but what I’m really wondering is if this camera will be required to play exclusive PS5 VR games, or if this is just an optional upgrade. Or maybe it will be required for a PSVR 2 headset, instead of the original headset. Only time will tell, and it’s definitely something I’m excited to hear about. It’s only a matter of time before we get all of the details about PS5 and Virtual Reality.

How To Get The PS5 PSVR Camera Adapter 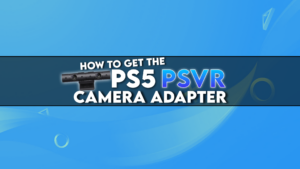 How To Get The PS5 PSVR Camera Adapter