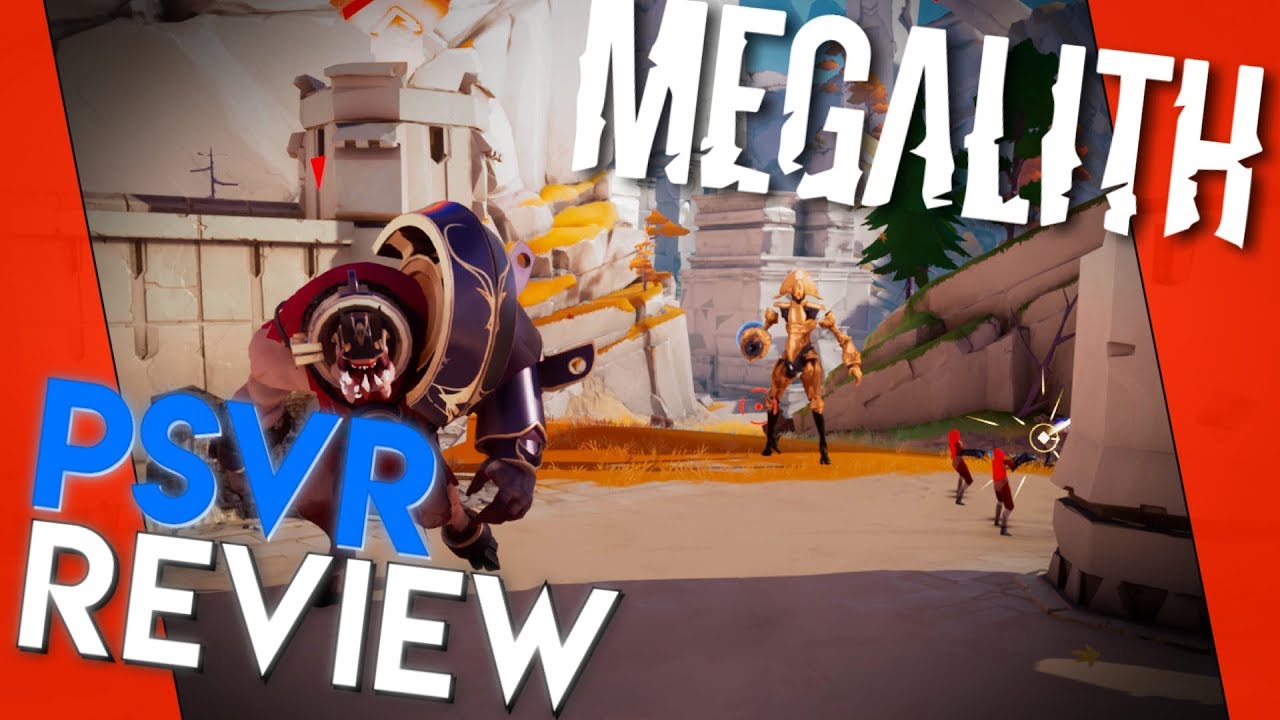 A PSVR game that got announced over a year ago was Megalith. All we got was a teaser trailer and many gamers were very curious about what it was, and more recently we got a beta for the game. Some players liked it and some players didn’t. I was one of the players who liked the beta and was curious to see how the full game would turn out. And now that the game has finally released, we can see how good the full version is. So, is Megalith any good?

Megalith is a PSVR 2 versus 2 arena game that has players fighting against each other to destroy the enemy tower to win the game. There isn’t a story to the game as it’s a full online game, the only single player part of the game is the training. Where you can fight against easy bots.

You play as Titans, powerful beings that have special abilities. Each Titan has 4 abilities and a default attack. The default attack can be used endlessly but it doesn’t do too much damage. You have 3 abilities that do decent damage and take a few seconds to recharge. Then you have 1 special ability that is very powerful but it takes minutes to recharge. No two Titans have the same abilities, each of the Titans are unique and play drastically different. Some Titans need to get up close to do damage, and some can deal damage from far away.

You can also purchase skins for your titans, though this is with in game currency and does not involve micro-transactions. You can unlock currency by completing quests. Quests are tasks that are given while you play more of the game.

Now as for the gameplay itself, you are brought out onto one side of the arena while your enemies are on the other side. You’re goal is to destroy the enemy core, though it’s harder than it sounds. On the way to the core there will be many towers that will attempt to stop you and your minions. Minions are little helpers that attack towers and the enemy, they spawn endlessly but are weak and can be killed easily. You can skip the enemy towers, but it’s hard to survive long because they shoot at you and your minions fast. Once you’ve made your way to the enemy side you’ll find a locked up core. If you destroy this core a powerful monster will spawn and will destroy the enemies towers and main core fast, this monster can make or break your game. I really enjoyed the way they set this up, and it made for some really good rounds. And the combat helps make it even better.

My only problem with the game is that it doesn’t have enough content. The amount of titans is good, but the amount of maps isn’t. Because there’s only 1 map.  The one map is really good, but I would have really liked to see 2 or 3 more. It would also be cool to see 3 versus 3 or 4 versus 4, but I don’t think the game needs that as much as it needs more maps.

So overall, Megalith is a great game. It’s really polished, it’s easy to find matches, and the gameplay is really fun. Though the game ins’t going to be fun for everyone, if you’re looking for a single player experience this game isn’t for you. If you’re looking for a multiplayer game with tons and tons of content, you currently won’t find it here. But if you want a solid online game with lots of strategy involved, you’ll probably enjoy this. I think it’s fantastic, but I would just like to see at least one or two more maps. And hopefully the multiplayer doesn’t die out like a lot of PSVR multiplayer games.

The game also recently received a free to play version, it’s basically the full game except you cant choose your character (they’re automatically shifted). So you can see if you like the game before deciding on wether or not you want the game. Y