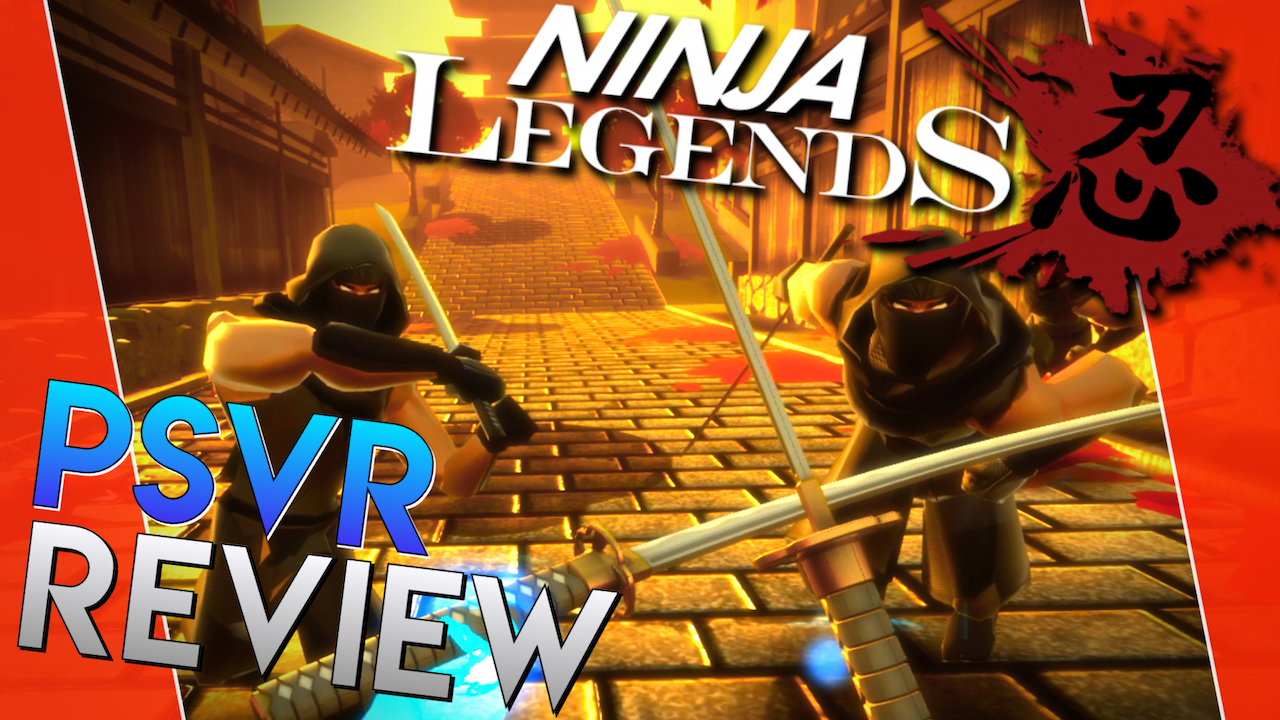 A game that has performed well on Oculus headsets is Ninja Legends, made by Coinflip Studios. I’ve heard praise from many players about the game having fun physics and intense ninja battles, which made me excited when I heard that Coinflip would be bringing the game over to PlayStation VR! So now that Ninja Legends has released, is it any good?

Ninja Legends is a PSVR action game that has you fighting off hordes of opponents with your skills and gear alone. The game consists of 5 modes, including story, endless, challenge, archery defense, and archery targets. The story mode has you going from level to level fighting waves of enemies, each stage has a brief description of what’s going on story-wise, but it’s really not anything special. I should also mention that the story mode has 4 difficulties to choose from. Now moving onto the endless mode, you can choose whatever level you want and fight enemies until you die. As for the challenge mode, this is a mode that gives you new challenges every day, and you can fight on the daily leaderboards. Then finally there are archery defense and archery targets. Archery defense is all about defending a building from enemies with your bow, you can also switch archery spots by hitting targets placed around the map. And finally, we have archery targets, which is all about hitting as many targets as possible and getting the highest score you can in the time limit. Though I will say that the archery mini-games aren’t as good as the other ones. This is mainly because the game doesn’t have a turn button, so when you aim at enemies and targets in weird spots the tracking can get messed up easily. I would also like to mention that each of the game modes have online leaderboards, for both high scores and fastest times, depending on what mode you play.

So now that we’ve covered the modes, let’s go over the gameplay in Ninja Legends. As a ninja you have both primary and secondary weapons, you start off with katanas and a bow, but later in the story mode, you can unlock more weapons to play around with. Your primary weapons are what you’ll be using for most of the game, as you can only use your secondary weapons when a meter is filled up. This meter fills up by killing enemies and has three different tiers. The higher the tier, the more chances you’ll have to use that weapon upon activation. The gameplay loop of Ninja Legends consists of attacking, blocking, deflecting, and as mentioned before, using your secondary weapon. With your primary weapon, you can do either normal slashes or hard slashes. The hard slash obviously does more damage, but you’ll have to physically swing your move controller harder to perform this. And if an enemy is weak enough they’ll get sliced in half by a hard slash, which is very satisfying to pull off. As for blocking you’ll just have to hold your sword in the direction of an enemy’s attack. You’ll be able to learn what direction to block in by observing the enemy’s movements. Now with deflecting, sometimes enemies will throw projectiles at you, and if you hit them hard enough it will deflect it right back at them. The gameplay is pretty fast and intense, and I enjoyed it overall.

As for the overall presentation of the game, it’s pretty good. The menus are simple, the blood effects are mostly good, the music is intense and sounds great, and the environments get the job done. If I had to add anything it would probably be a few more tracks to listen to, as I felt like I was hearing the same ones over and over, but besides that, I was pretty satisfied with everything.

So overall Ninja Legends is a fun game. It has a lot of content to play, good and satisfying mechanics, a variety of weapons and environments, and it can make for an intense workout. It’s just not something that’s going to blow you away, Ninja Legends is a fairly simple game that you’ll probably only play for a few minutes at a time. And when you combine that with the large price tag of $25, it’s hard to recommend. Don’t get me wrong, I enjoyed this game, but I really think this should be in the $10-15 range. So if you’re interested in checking this game out I would recommend waiting for a sale. I would also like to mention that if you have an Oculus Quest you might want to get it on that platform instead, as you’ll be able to take advantage of the 360-degree tracking.