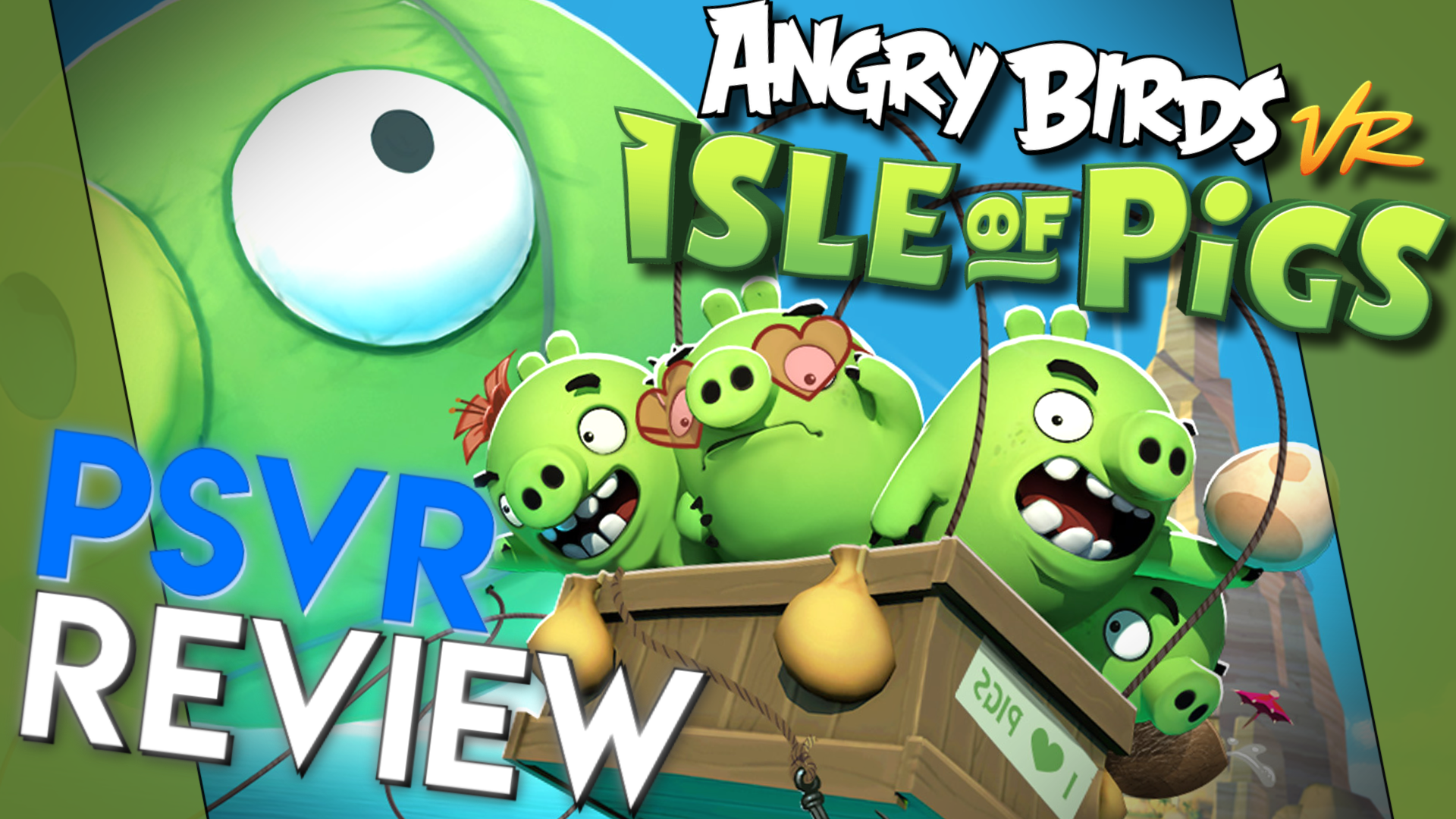 Years and years ago, a mobile game released called Angry Birds. It was extremely popular and countless games, toys, and merchandise followed the games release. And years later, they’re still releasing Angry Birds games. But this time they put the game in Virtual Reality. I enjoyed the Angry Birds games when they first came out, so I was interested to see how a VR version would be. But does the almost decade old formula still work today?

Angry Birds: Isle Of Pigs is a game that puts you in front of massive structures with evil pigs. And you have to use your slingshot to shoot birds at the structures and kill all the pigs. There are four birds in the game, red bird, yellow bird, blue bird, and black bird. Red bird doesn’t have any powers but the other birds do. Yellow Bird can move faster in the air, blue bird can split off into 3 birds, and black bird can explode.

Angry Birds is pretty much a puzzle game, as the game progresses you’ll come across harder structures. They’ll start using harder blocks to guard themselves and you’ll have to find the weak spot in the structure. It’s a lot of trial and error, but it wasn’t ever annoying. As I never found myself getting stuck on a level for more than 5 or 6 minutes.

The slingshot mechanics feel right and work well. It does show you where the bird is going to go, so you won’t have to worry about aiming right. In each level you can also choose different angles to shoot from, these are set positions in the game so you won’t be able to move freely. I really liked this addition, because you’d have to look around for the weak spot. You won’t be able to see it from all angles.

There are 4 worlds in the game, each containing 12 levels and one boss level. The bosses are easy, but still fun to play! I finished the game in one sitting, it took me around an hour and a half to beat. I wasn’t expecting a really long game from Angry Birds, but it would have been nice to have another world or two in there. DLC is coming in the future, but I don’t know if it’ll be paid or not.

One big part of Angry Birds is the scoring system. You can get up to three stars in each level, these stars are gained from points. You get points from un used birds, and from how many blocks you destroy. It’ll add some more time to your game if you end up going for three stars in all levels, but you don’t get anything for doing that.

So Overall, Angry Birds: Isle Of Pigs is a good game. It’s polished, the physics work great, the graphics and music are good, and the gameplay translates really well to VR. It’s a fun game to spend an hour or two with, but don’t go in expecting a big game. If you like Angry Birds, this is a great version. But most players might want to wait for a sale, or wait for the DLC to arrive.