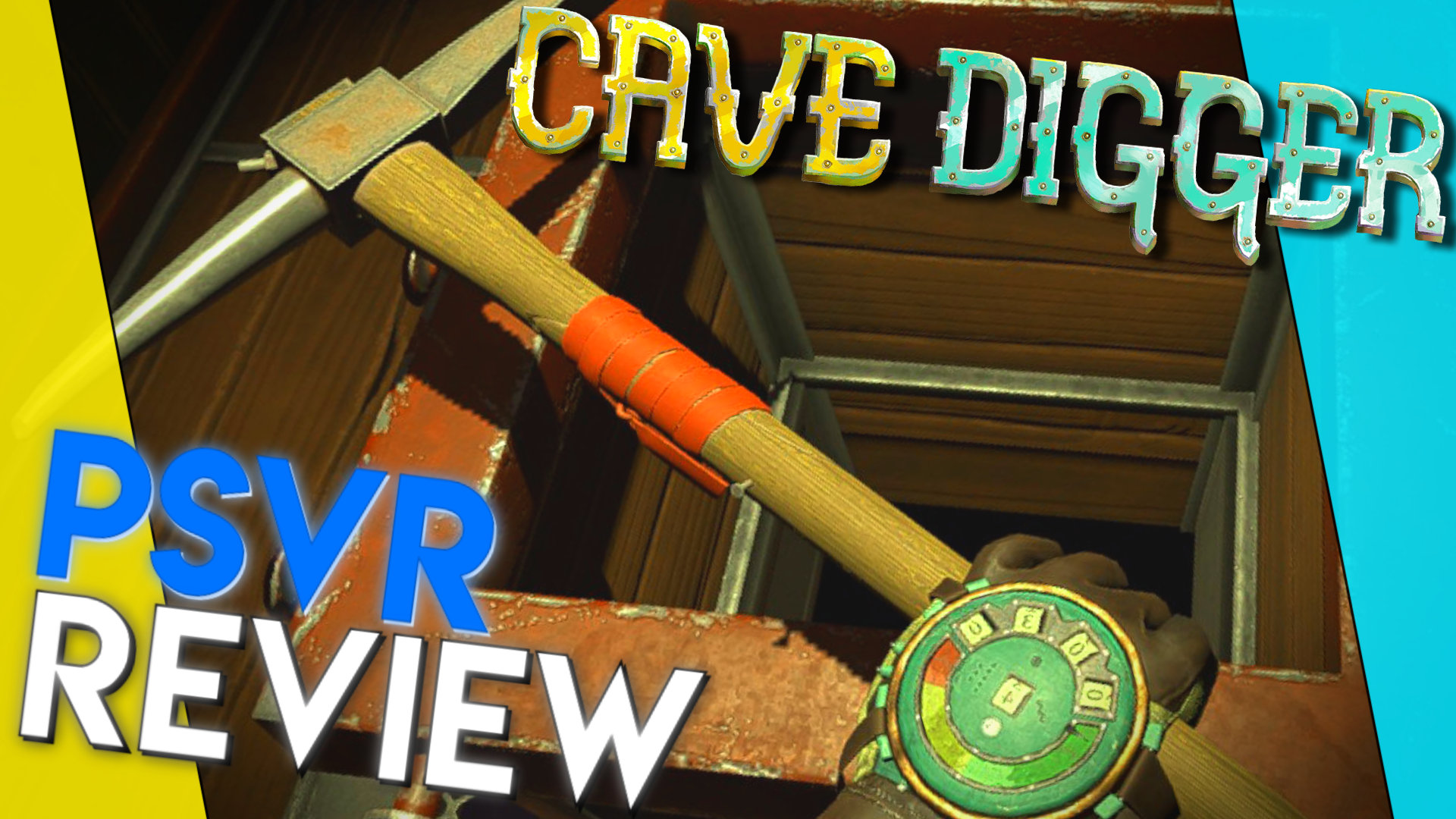 A game that released months ago on Steam was a game called Cave Digger, it was a free game that had you mining in VR. And it also got some DLC, I downloaded the game but never ended up trying it out. But now it’s out on PSVR along with it’s DLC. So, is Cave Digger: Riches any good?

Cave Digger is a game that puts you inside of an elevator while you move through various cave systems. You start the game with only a pickaxe, but you’ll be able to unlock more items by collecting gems. These gems are inside of the rocks you mine, but some are worth more than others.

Each time you go down into the caves you go floor by floor. There are three floors you visit before returning to the surface, but you have limited time on each floor. So it’s always a rush to mine as much as you can in the shortest amount of time.

After visiting the three floors you’ll return to the surface, once you reach the surface you’ll be greeted with a shop and a device that spits out all of your collected gems. It also does a tally up for how much money you collected in that session. Once you’ve earned your money you can look at the shop and purchase some items. These items include saws, power gloves, keys, a scanner, and more! Part of the fun is figuring out what these items do for the first time. Some help you find gems, some help you mine more efficiently, and some lead to the end of the game.

And yes, this game does have an ending. It actually has five different endings, but I won’t spoil how you reach those. Because part of the fun is figuring out how to reach the end. I personally had no idea this game could end, so it was really cool when I realized it. But what really surprised me is that it took me less than an hour to reach the end.

The game can get quite addicting at times, I was always striving towards the next upgrade or item. But after reaching the end, I didn’t really feel a desire to keep playing. Partially because it resets the game when you finish it.

There is only teleportation and click turning, but I personally didn’t mind. Mainly because you’re always inside of the elevator, so you won’t be moving too much.

So Overall, Cave Digger: Riches is fun. It was fun for the hour I played, but I didn’t really feel the need to go back after that. I love the alternate endings, mining mechanics, unique items, addictive gameplay, and the game is pretty cheap. If you’re looking for a game to keep you occupied for an hour or two, this isn’t a bad choice. But if you’re looking for a game you can spend hours in, this isn’t it.Y