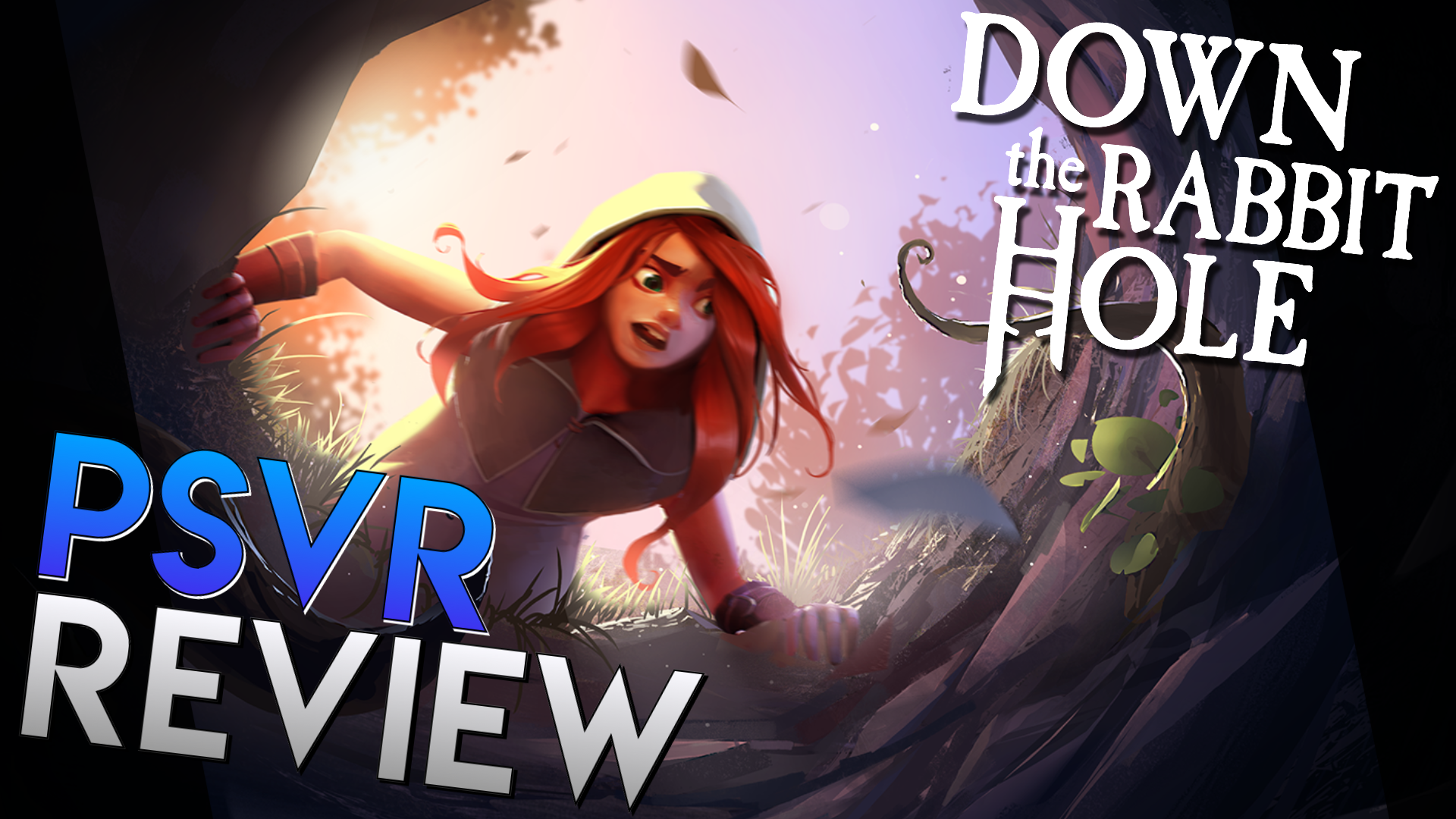 More traditional puzzle games or platformers where you play as a character from a perspective other than a first person have become more popular in VR since the release of Moss. And so when Down The Rabbit Hole by Cortopia Games was announced, it peaked my interest. Especially since this was from the developers of Wands, a 1v1 wizard game also on PSVR that I really enjoyed. So now that it’s out, is Down The Rabbit Hole any good?

Down The Rabbit Hole is a puzzle game that has you playing as a girl looking for her lost pet, but while doing so she ends up in the crazy world of Wonderland. The story is pretty basic and sometimes slow, but it shines in a few areas with some clever writing.

In this game you’ll be going from area to area solving puzzles. These puzzles never get too complex, but there’s still some pretty creative ones here. Some of them involve going upside down, changing clocks, freeing creatures, and more. There are also added puzzles for hidden invitations you can find, which change the ending of the game if you collect them all. My main issue with the puzzles is that some of them weren’t clear enough, and had me walking around pointlessly for a while. As for how you play the game, you’re put into a 360 degree hole and the world appears around you. And you can move inside of it to better see the world, including rotating so you can stay in view of the camera. But the problem with rotating is that it’s forced click turning, there isn’t any options for smooth turning or even changing the settings of the click turning. It didn’t bother me too much for a game like this, but it would be nice to have the option to change it. There are also moments in the game where you go into a first person view, to either talk to a character, or to solve a specific puzzle. Everything is controlled with the dualshock 4 controller, which works pretty well.

Possibly the best aspect of this game is the world itself, the world of Alice In Wonderland makes for a really cool VR experience, especially in this unique format. The graphics look pretty good, but are a bit blurry. Most of the game is really close to you though, so it’s hard to notice blur in most areas.

My biggest problem with the game is that it’s only around an hour and a half long, and that hour and a half isn’t too engaging. The game is really polished, looks pretty, and has some creative puzzles, but for most of the game it feels too simple and sometimes slow.

So overall, Down The Rabbit Hole is decent. It does several things well, but the gameplay itself rarely had me engaged. And when combined with the short gameplay and price tag, I just can’t recommend the game. Maybe consider it if you have kids who play VR, or if you really want to see Alice In Wonderland in VR, but otherwise I would pass on this one, or at least wait for a sale.