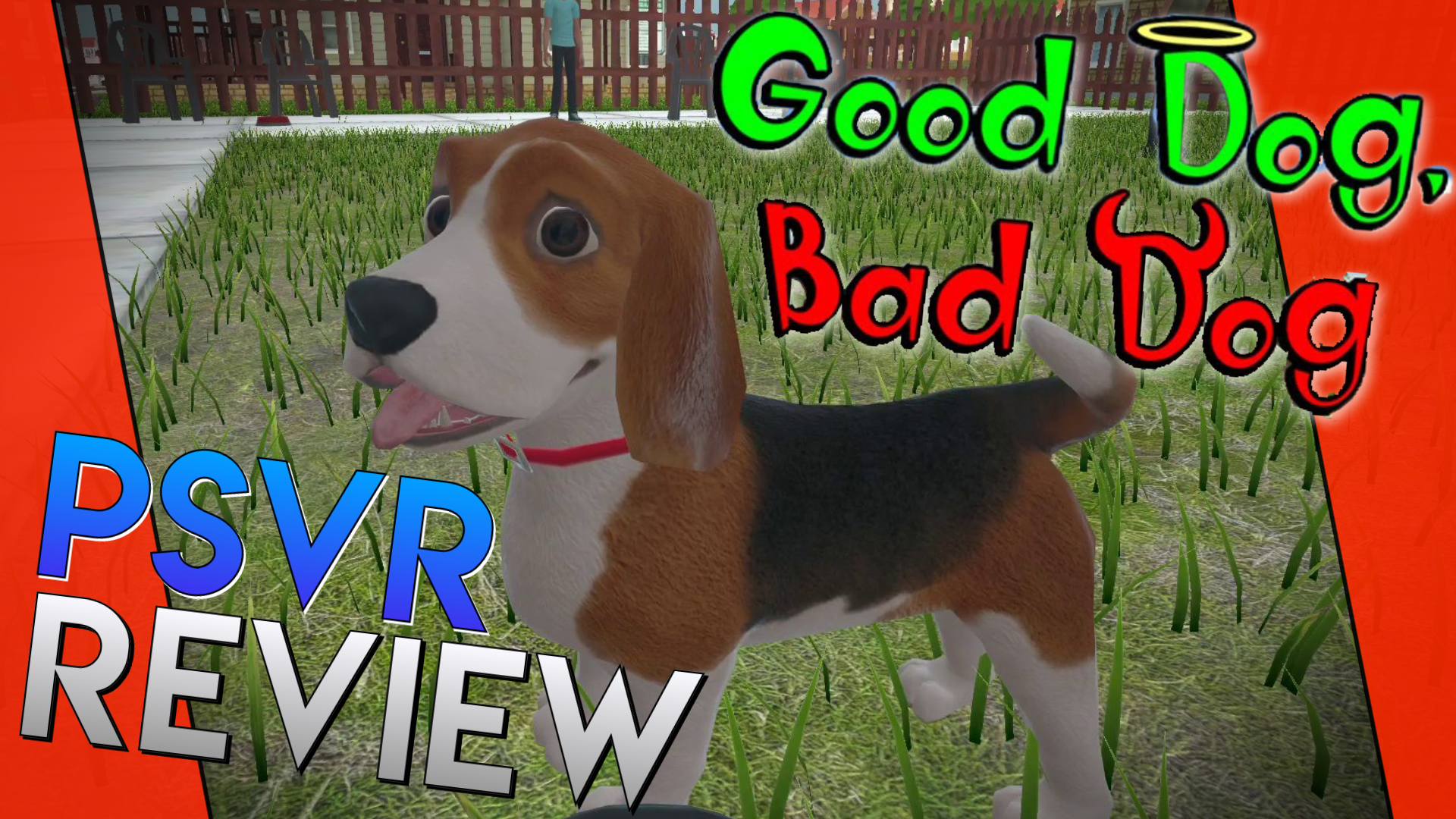 The time has arrived, for years I’ve been waiting for a very specific type of VR game…We’ve had Catlateral Damage, Konrad The Kitten, and even Kitten’d, but now the real game has arrived…Move out of the way cats, because Good Dog, Bad Dog for the PSVR is here!

Good Dog, Bad Dog is a game that has you playing as a carefree dog living his life. There isn’t a story to this game, it’s more of a sandbox for you to do whatever you want in, though in the limits of your dog abilities.

As a dog you can jump, bark, put a paw out, eat, drink, pee, poo, wag your tail, and a few other actions. It’s pretty easy to forgot the controls of the dog, but luckily they are all listed on the in-game controller. The controls are decent, but the movement is a little weird. You can only move forward with the controller and have to aim your head to move left or right. There is also forced snap turning with blinders, which was a little annoying. It would be a lot better if we could have a smooth turning option in the game.

The main mechanic of the game is the karma system, which shows your behavior as a dog. Positive numbers representing the good side, and negative numbers representing the bad side. Your points will reset every 15 minutes unless you do specific acts that extend your time. My biggest problem with this system is that it appears there is no real effect on the people and world for being a good or bad dog. For example, if you bite someone they’ll run away for a few seconds then just return to their normal state. And the same applies to your owner. You could take a dump on the couch, bite some kids, run away, and pee on the carpet, and the owner will love you just as much as ever. The only consequence in the game is that animal control will try to catch you if get caught off your leash, but that happens whether or not you’re a good or bad dog.

And to make things worse the entire game just starts to repeat the same acts over and over again, making it very repetitive and boring. Your owners life seems to revolve around you, they do the same tasks everyday, and taking care of you is the only thing he or she does. They never do anything by themselves, so you can’t really mess with their lives. And sadly these issues ruin most of the game for me. This is the case with several VR games, where once the novelty of doing these crazy acts wears off, there isn’t any substance to keep you playing.

So overall, Good Dog, Bad Dog, isn’t very good. It’s fun in the first few minutes, but after that I just lost interest. I love the idea of this game and it does some things well, but I just can’t recommend the game, especially at it’s high price tag.