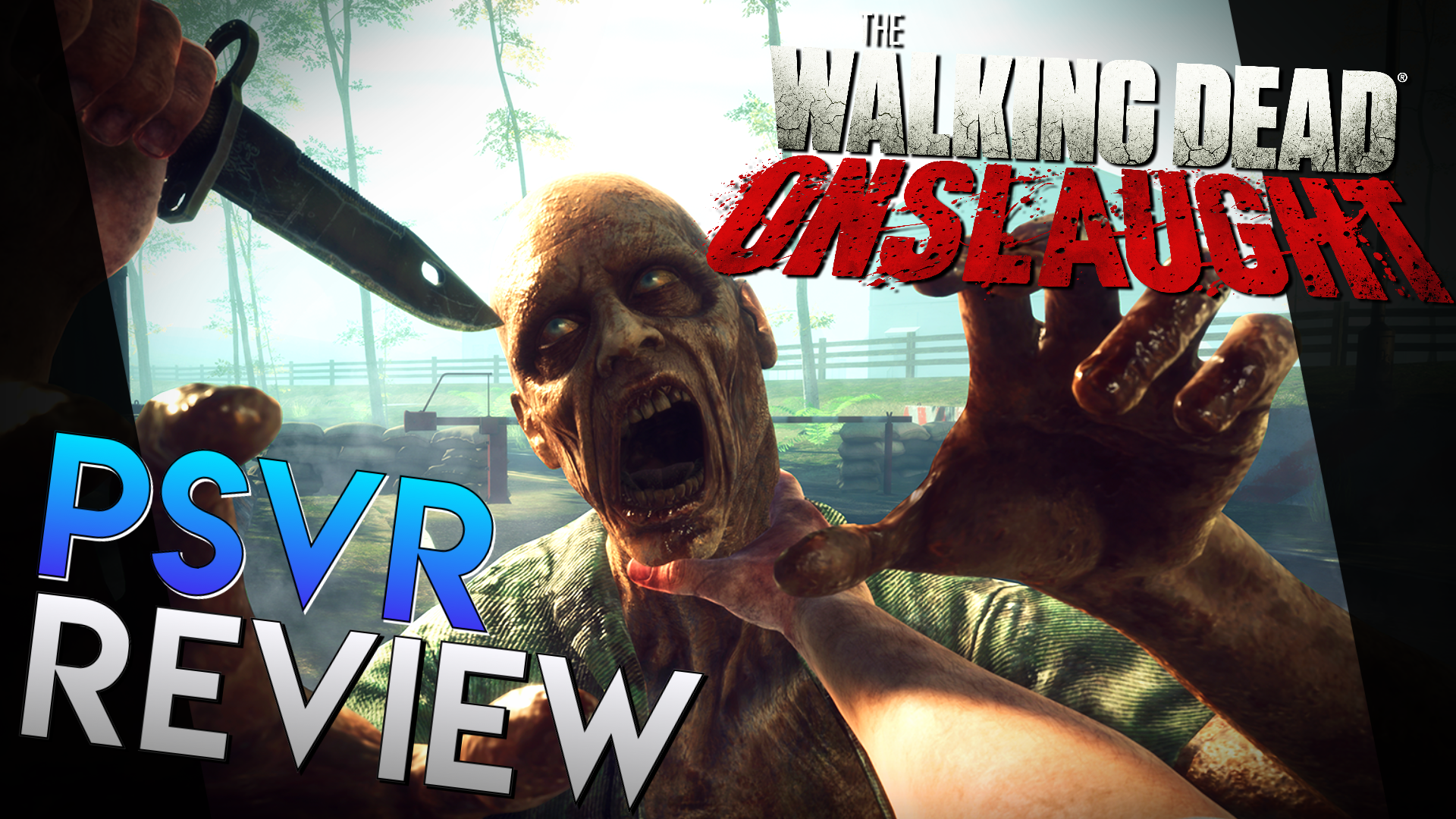 Last year it was announced that The Walking Dead Onslaught would be making its way onto all major VR headsets in Fall 2019, but after a series of updates and delays, the game was pushed back until 2020. Which ended up giving the other Walking Dead title, Saints & Sinners plenty of time to shine, which gained amazing reviews across the board. The game raised the bar for games on PSVR and only made us more interested to see what the developer of Onslaught, Survios, was up to with their title. So now that The Walking Dead Onslaught is finally out, is it any good?

The Walking Dead Onslaught is a game that has you playing in the world of the Walking Dead TV show after the war with the Saviors. There’s an ongoing story throughout the game where you play as Daryl Dixon, but I personally didn’t find it that interesting. Though it’s important to note that I’ve never seen the TV show before, so I was looking at the story and characters from the perspective of a newcomer.

There are two main parts to the game, the story missions, and scavenging runs. But before I go more in-depth about them I’d first like to talk about the hub in the game. After the first story mission, you’ll be brought into a hub area where all of the survivors live. Here you can create your load-out, upgrade weapons, talk to characters, choose missions, and use your resources to build new buildings that have special effects. The main way to progress in this game is by collecting resources for scouting parties, which then go look for new survivors to join your group. And the amount of survivors you have allows you to access new areas and story missions. This is one of the big issues I have with the game, often you’ll be having to replay the same levels over and over trying to get enough resources to progress.

But now that I’ve explained the hub, we can go back into the story missions and scavenging runs. The story missions are where you’ll be playing as Daryl, and each of them lasts anywhere from 5 to 20 minutes in length. In these missions you’ll mostly be running from area to area breaking down doors, stabbing and shooting zombies, and learning more of the story narrated by Daryl. As for the scavenging runs, this is the side of the game that has you collecting as many resources as you can before a van arrives to pick you up. Some areas are just open and you can go wherever, and some are more linear forcing you to slowly move forward while a horde catches up. In the scavenging runs, you’ll be collecting gears, wood, ammo, health, food, and all sorts of collectibles. And before you start a run you can select the difficulty of the level, with the higher difficulties giving you more rewards. Though I personally thought the hardest difficulty wasn’t difficult enough, as I haven’t died or even come close to it once in my playthrough.

As for the gameplay itself, it mostly consists of running from place to place, picking up ammo and resources, and killing zombies. The only thing you have to worry about is your health. There aren’t really any survival mechanics, like durability or stamina, it’s more of an arcade game. I would’ve liked to see more depth in the gameplay, there aren’t any puzzles or situations that really force you to think about your next move. It’s always about running around and killing zombies, there really isn’t too much else besides that.

As for how the physics and combat works, it’s pretty good. You have a weapon wheel where you can store up to 4 different weapons at once, and these weapons can be unlocked through both modes in the game. The weapons include pistols, shotguns, SMGs, knives, a machete, axes, and tons more. I found myself using the melee weapons most of the time, since they seemed to be a lot stronger than the guns, and were a lot more fun to use. Though I will say some of the melee weapons like the knives feel a bit weird to use, and just don’t feel as natural as other weapons. Moving onto other mechanics, the game shares a few just like in Saints & Sinners, including when walkers grab onto you, grabbing walkers by the neck, and shoving walkers away.

As for the presentation of the game, it’s decent. The graphics look a little rough, but the zombies look pretty good and they’re able to put a ton of them on screen at once. The music and voice acting are good, most of the weapons feel great to use, and the controls are simple.

So overall, The Walking Dead Onslaught is okay. The game is very promising at the start with it introducing a wide variety of mechanics and sides to the game, but shortly after you see that there really isn’t too much to the game and that it all comes down to running from area to area killing zombies. It’s by no means a bad game, but it’s just not very good either. It just felt too shallow for me, maybe if they added some more puzzles, removed the scavenge runs and survivor system, and maybe added a multiplayer mode, this would be a different story, but as it stands it’s just okay. I’d only recommend this if you got it on a good sale and are looking for some mindless fun.