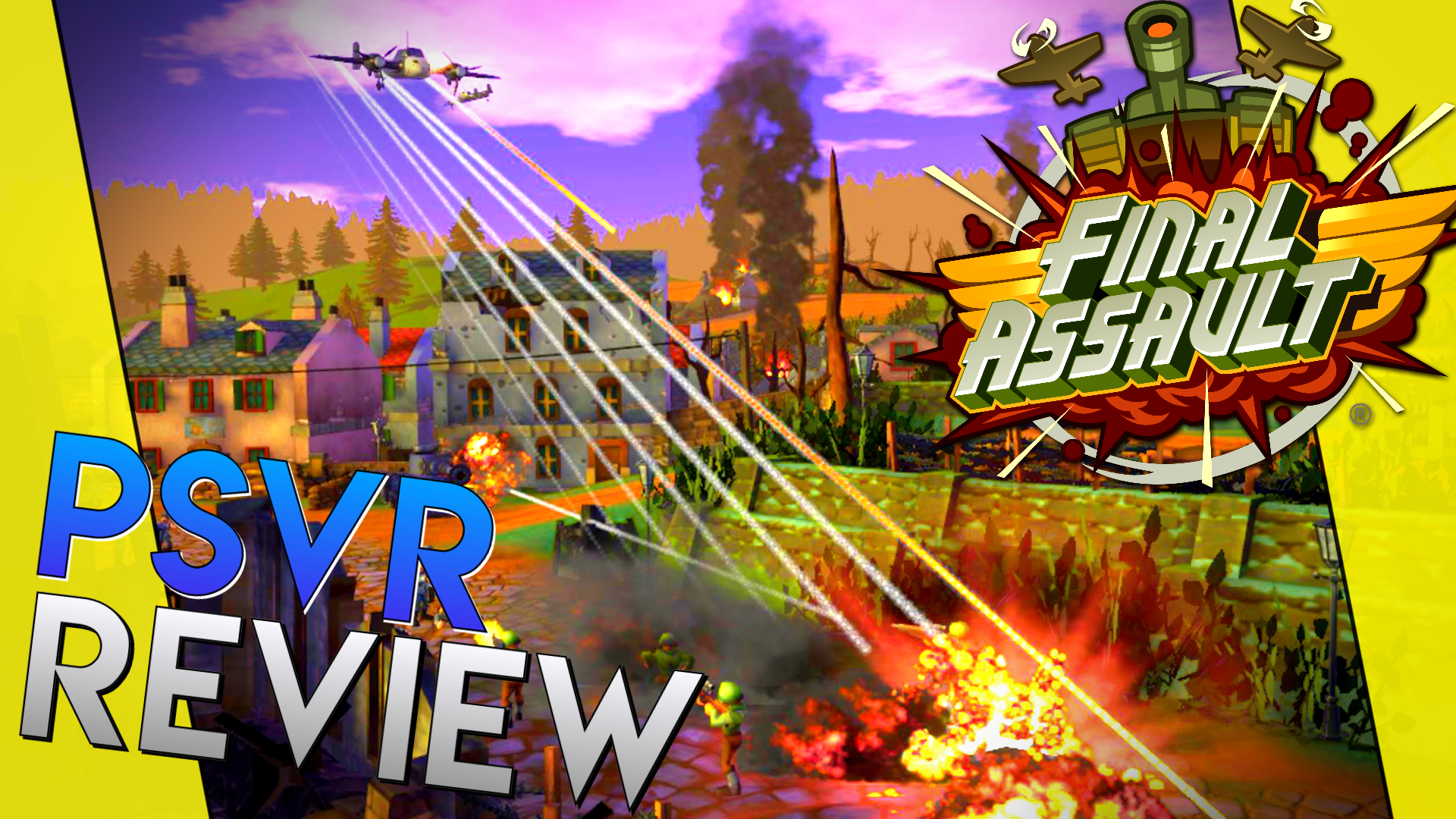 A VR game that many players have enjoyed on PC is Final Frontier, by Phaser Lock Interactive. So when it was recently announced for the PSVR I was interested to check it out, as I heard of how good it previously was on PCVR. So now that it’s been brought over to the PSVR, is Final Assault any good?

Final Assault is a real time strategy VR game that has you looking upon the battlefield where a war takes place. The game has a campaign mode, skirmish mode, and multiplayer mode. Though campaign mode isn’t a story focused mode, you’ll have to go from level to level on a board to reach the end and defeat the enemy team. The skirmish mode has you making your way across the battlefield to take out the enemy’s headquarters. And the multiplayer mode is a 1v1 battle just like every other battle in the game, except you’ll be playing against a real player.

In Final Assault you’ll be placing down units and controlling them. To place a unit you will need money, which is automatically earned at a slow pace. But you can also collect supply drops that give you money immediately, and these spawn at random times during the match. To place down a unit all you have to do is open a menu and select your desired unit. Some of the more powerful units will cost money to unlock, and they are locked each time you play a match. There are a wide variety in units to purchase, including planes, tanks, troop transporters, artillery, anti-air, light units, and more. There is a limit for how many of the same unit you can put down though, so you can’t just spam the same troops over and over.

The units can be directly controlled by drawing a line towards where you want them to go, or who to fight. You can also move them towards paths that lead to the enemy base, so you don’t have to control them every step of the way. Another neat feature is that you can draw a loop for the unit to patrol, until you give them another action. This system works extremely well, and the amount of control you’re given is great.

So overall, Final Assault is really fun. It’s definitely one of, if not the best RTS game I’ve played in VR. The gameplay is extremely fun, it’s easy to learn but hard to master, the graphics are great, the multiplayer works well, it’s polished, and is just an overall fantastic game. My only complaint is that the game has no smooth turning, but I also rarely used turning in the game, so it didn’t matter to me too much. If you like strategy games like I do, you should definitely check out Final Assault.