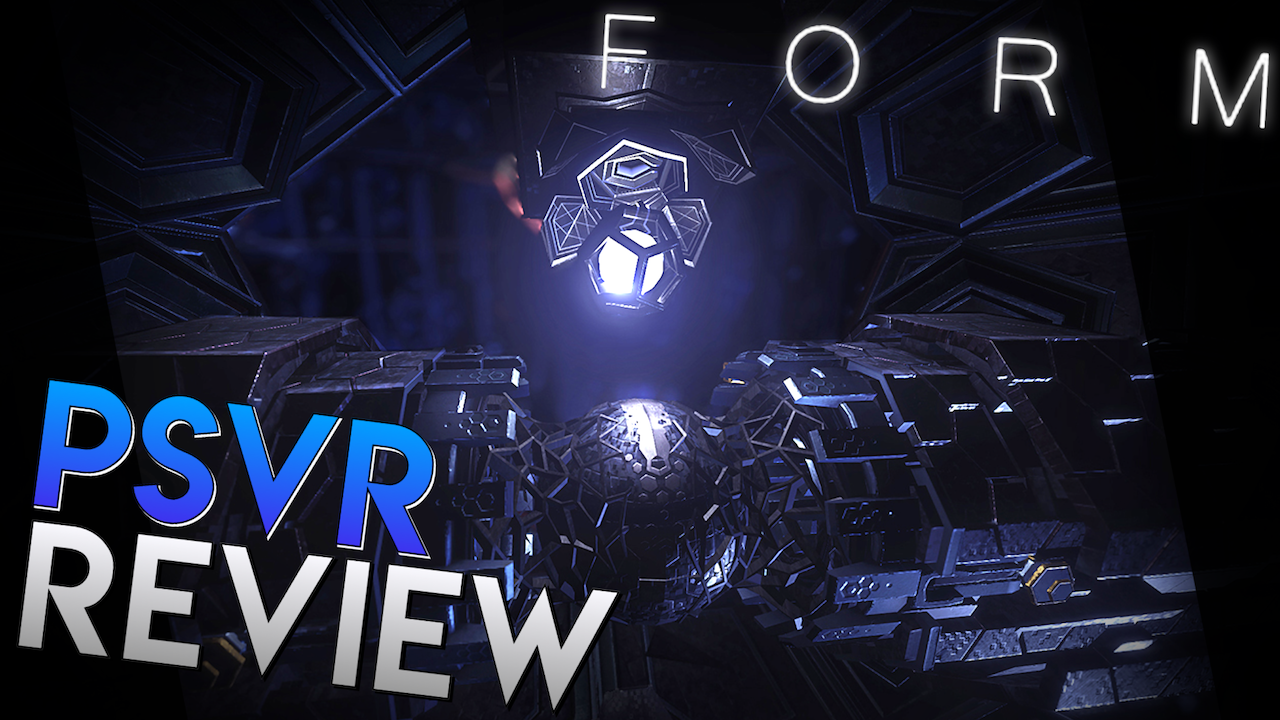 Recently we’ve been getting a lot of popular PCVR games brought over to the PSVR. And one I was hoping to play was Form, so when it was recently announced for PSVR I was excited to play it. So now that it’s been brought over to PSVR, is Form any good?

Form is a puzzle adventure game that has you playing as a scientist known as Dr. Devin Eli, who is doing research on an unknown obelisk. And things only get stranger from there, but I’ll avoid talking about that to keep this review spoiler-free.

The gameplay of Form consists of solving puzzle after puzzle, there isn’t any movement or turning in this game, you’re just being moved from place to place solving each of the puzzles. All of the puzzles are different from each other but very easy to solve, I only got stuck once in the entire game and that was only for 2 or 3 minutes. I enjoyed solving these puzzles, but I just wish they made them more difficult.

Where Form really shines is with its style and graphics. Everything is futuristic and feels alive, it’s a magical experience in Virtual Reality. There are also some really impressive effects that are used to enhance the experience, and the graphics and textures look great. All around Form looks, plays, and sounds fantastic.

My biggest problem with Form is the length. The game took me right around an hour to beat, and there isn’t any extras or collectibles to play or unlock in the story. There is a cortex mode which lets you mess around with various audio and visual effects, but it only held my attention for a few minutes.

So overall, Form is a good game. It’s extremely polished and well made, but the amount of content here just doesn’t justify the price. If this title released back when the headset launched it would’ve been one of the best games on the headset. But today it just feels more like a tech demo than a full game. If this was a multiple hour puzzle game with some more difficult puzzles I’d be recommending this, but as it stands you should definitely wait for a sale if you want to play this one.