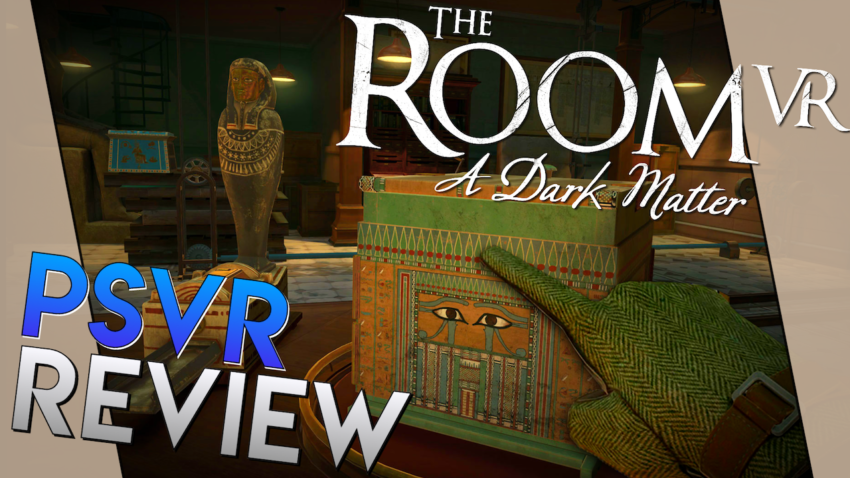 The Room VR: A Dark Matter is a PSVR puzzle game that has you going from room to room solving puzzles to collect special relics. There is a story in the game that involves an investigation for a disappearance, and some supernatural stuff, but it’s nothing amazing.

The best part of The Room are the puzzles, the puzzles are all unique, challenging, and most importantly well designed. In one level you’ll be shrinking down to the size of a bug, and in another you’ll be brewing potions with special materials. The variety of puzzles for this game is great, and there are a lot of unique puzzles that I’ve never seen done before. As a player you can interact with objects, store items in your inventory, and use a special lens to see objects and writing that you couldn’t see before. The puzzles have a good amount of difficulty, and I rarely got stuck for too long. And one feature that helps with this is a hint system, at any point in the game you can use a hint or several hints to push you in the right direction, and it works really well. The only issues I ran into with the puzzles was that sometimes little details that should’ve been obvious weren’t, and caused me to aimlessly wander around for several minutes.

As for movement options, the only locomotion option is teleportation to specific areas. Which makes sense for this type of game, because if I had free locomotion I would’ve wasted a lot more time looking at useless areas and items. But what I do mind, is that there is forced click turning. The option for smooth turning should be a in every VR game that involves turning, so hopefully the developers can fix that.

The environments and graphics look great and everything is very detailed. The game also has some really cool effects involving flashbacks and spirits.

The Room VR took me a little under 4 hours to complete, which I thought was a good length for this game. I think the price could be a little bit cheaper, but it doesn’t feel like a ripoff either, as the content that is here is really good.

So overall, The Room VR: A Dark Matter is a great VR game! It’s filled with a ton of great puzzles and environments, and it almost never got boring for me. If you’re a big VR puzzle game fan, or love the Room series this is a great game to check out! Otherwise, consider checking this out during a sale.